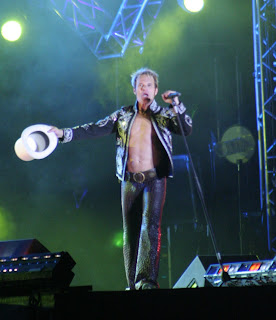 Paul and I had the wonderful opportunity to go to Quebec City for the 400th birthday celebration of Quebec last week. Once we got there, we realized we were sort of reliving the beauty of our honeymoon in France, as the city is very french.

They're celebrating in Quebec City this whole summer, really, but the festivities were kicked into high gear last week, as July 3 was actually the birthday. We saw Van Halen, an amazing and extended fireworks display, and all sorts of fun receptions thrown by the Canada Tourism Commission, to which Paul spoke on Thursday afternoon. I spent the time he was speaking exploring the city and geocaching. It was rainy on Thursday in Quebec City, but I braved the wet and was rewarded in a few hours with lovely sun. 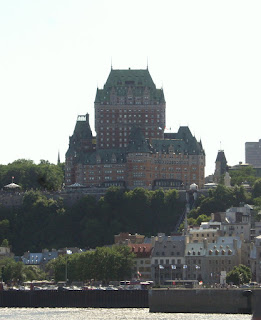 We stayed in the castle-like hotel, Fairmont Le Château Frontenac, and even had a room with a river view.

See our pix of Quebec City.
Posted by Dana Gillin at 2:14 PM

Quebec City is so great! Thanks for posting. I just adore this place.