George Carlin -- back in the funk 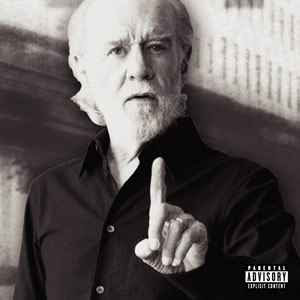 For a Christmas present this past holiday, Paul gave me the complete George Carlin DVD collection, a wonderful present for when I need a laugh. Which, let's face it, is pretty much all the time -- laughing's good for the soul.

So we've watched a few of the shows from his early days and we've watched the show that I fell in love with (and memorized pretty damn quickly) when I was about 15 called Jammin' in New York. Every time we fly (except for a few times about a year ago when Paul got annoyed with the repetition, although he's back now to being a fan), Paul asks me to do the Carlin bit about the airline safety lecture. I can do it pretty much word for word, including intonation, if he gets me started. All other Carlin performances are based upon the extremely high comedy level of that show, IMHO.

At any rate, I've loved watching Carlin and laughing with him pretty much all through the '90s until he hit that rough "not so funny" spot when he came back from his post-Brenda-dying (his wife -- it hit him really hard; they were pretty much madly in love and inseparable their entire marriage, so I gather) when he was too angry and serious and lost that certain element that made him funny in the first place. For the last few years, however, he's been a lot funnier.

Until this last bit. Don't get me wrong -- there was one point in his show, which we saw live at Boston's Wang Center on Saturday night with Alice and Ryan -- where I couldn't so much breathe because I was laughing so hard. But this show was definitely more political and religion-bashing (read: atheist?) than I've heard him in a while. It wasn't, as Alice said, his best. He's funnier when he's playing with words and common experiences and the human condition than when he's declaring there is no heaven or hell or that bullshit is the glue that holds the country together. He's recently celebrated his 70th birthday and comes off now as an angry old man. Which stinks. I think he has a lot of comedy left in him, especially retrospective stuff now that he's older, but I think it's not coming out so much in his current tour.

Sometimes the second time you see someone, their act is funnier. I'll have to Tivo his HBO special, It's Bad For Ya, and watch it again. I was more entertained by the performance Saturday night than my three companions were, but was disappointed there were none of his famous lists.

George: Bring back the lists! No one does that better than you! And thanks for four decades of funny material!
Posted by Dana Gillin at 9:36 PM

Email ThisBlogThis!Share to TwitterShare to FacebookShare to Pinterest
Labels: George_Carlin