I see a good amount of people searching for wording for the invitations that go along with some "weekend-long" weddings and I wanted to post the images of our invitations, thinking it may help to see what someone else included on theirs.

First up is the Spa Day invite -- for the moms and the bridal party. We went out to lunch before the "treatments," but that was just communicated personally. 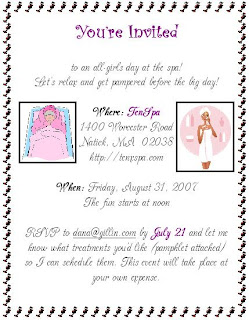 Second was the rehearsal dinner. People involved with the wedding (wedding party and helpers) were included, as were their spouses. I addressed the envelopes to the couple, hoping that would get the point across that both were invited. If I did it again, I would have made "significant others welcome!" more explicit on the actual invitation, as there was a bit of confusion the day of. 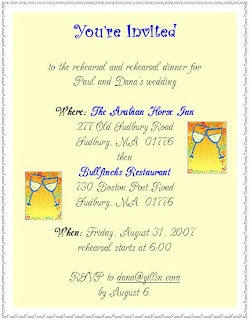 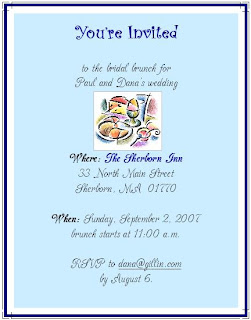 Fourth and last was the gift-opening party, which was held immediately after the bridal brunch and included just immediate family. We invited only those people that we could feel like we could kick out at a certain time because we had a Jimmy Buffett concert to get to that evening. 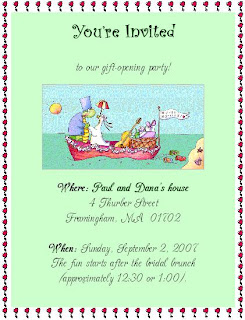