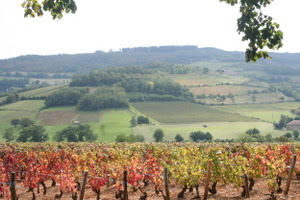 Everyone should visit if they have the opportunity. And by , I don't mean .

Dana and I spent most of the last two weeks in on our honeymoon. It was my fourth or fifth visit to the country since the mid 70s and easily the most enchanting one. We started with six days in , which is kind of obligatory. is impressive for its sheer scale and the dizzying number of monuments, museums, public parks and magnificent edifices it presents.

I think a lot of Americans equate with , but the capital city couldn't be more different then be countryside. is magnificent, but the essence of to me is in the tiny villages, rolling hills, stark coastline and fertile valleys that began less than 30 miles outside of the capital. 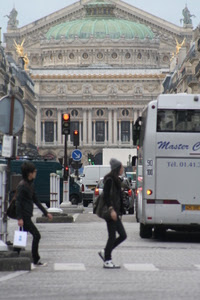 On this trip, we spent seven days in , going as far south as the city of . is 's most prosperous and agriculturally rich area. Its vineyards stretch for hundreds of miles, producing arguably the finest wine in the world. There are ample opportunities to taste and buy these products, for the “degustation” cellars are located almost on top of each other in spots.

is the most historic region of , also, featuring many Roman and Gallic ruins and little villages in which time seemed to stop 300 years ago. In reality, this charming antiquity is the product of years of careful and expensive restoration. While many original buildings remain, the charm of these older villages has been perpetuated by generations of owners who have maintained and improved their property with an eye toward harmonizing and with the surroundings. The French have a marvelous respect for their history. Even in , the skyline is almost unsullied by tall buildings. The business districts are clustered on the outside of town. 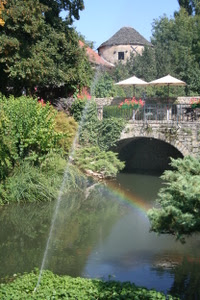 Another striking characteristic of is its lushness. I joked to Dana that you could throw a handful of seeds in any direction in and come back six weeks later to find a beautiful flower garden. In fact, the reality isn’t all that different. In every little town we entered, we found the buildings, parks and even public roadways spilling over with floral displays. The Burgundians must have some of the finest soil on earth. I hope they appreciate this blessing, because those of us who try to coax a few flowers out of the rocky soil of were indeed green with envy.

I posted about 250 photos from the trip here. In the next couple of posts, I'll talk about some highlights and low lights. I’m sure Dana will have her own observations to contribute.